This story was written for Reporting in Depth, one of my classes at Boston University.

The school district introduced the halal options after Muslim families came forward with concerns about their students accessing the school lunch program, according to Melissa Honeywood, the Food and Nutrition Services director for CPS.

“We hope this will help increase access for Muslim students while offering non-Muslim students the chance to learn a little bit about Muslim traditions in a very direct way — through their lunch!” Honeywood said in an email.

Halal meat is prepared according to guidelines in the Quran, which includes specific criteria for how animals can be slaughtered and how their meat can be prepared. Some kinds of meat, such as pork, are prohibited. Halal foods must be kept separate from non-halal, or “haram,” foods.

CPS does not collect data on student religion, but over five percent of its students speak Arabic, Bengali or Somali at home, Honeywood said. These languages are spoken in majority-Muslim countries. One percent of adults in Massachusetts are Muslim, according to the Pew Research Center’s Religious Landscape Study.

The community project manager of the Islamic Society of Boston, Karim L. Razzaz, thanked those involved in the decision to provide halal menu options.

“We are proud to be a part of the Cambridge community and are glad the students of Cambridge will benefit from this initiative,” he wrote in an email to CPS Superintendent Dr. Kenneth Salim.

Although some CPS student meals include the halal chicken, not every meal option is certified as halal. Some Muslim students still might be without options when the halal chicken isn’t served.

“Anecdotally, we know that some Muslim families will allow children to select one of the daily vegetarian menu options,” Honeywood said, “while others might not due to concerns about whether these items could come into cross-contact with items containing non-halal meat.”

Honeywood added that the halal chicken is labelled and kept separate from the non-halal chicken.

The halal-certified chicken is more expensive than regular chicken, but Honeywood said the price was “not a primary consideration in terms of the scale of this rollout.”

Looking to the future, Honeywood said the district is “considering what our next steps will be” in making the menu more inclusive.

“[We] take our responsibility to equity and access very seriously as we consider our options,” she said. 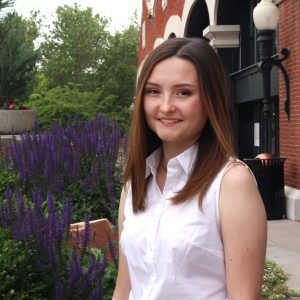